The women turn to one another for support when their friend and fellow maid Flora is brutally murdered at the home of her employers, Evelyn and Adrian Powell, at one of the largest society events of the year. Meanwhile, newcomer Marisol is hired to clean the home of Taylor and Michael Stappord, a newlywed couple with a complicated love history. But Marisol has ulterior motives and when someone she loves becomes wrapped up in Flora’s murder, she goes undercover to learn the truth.

Valentina's plans to get closer to Remi continue to irritate Zoila. Rosie gets caught in the middle when Spence accuses Peri of cheating. Carmen takes advantage of Alejando and Odessa being out of the house, much to Sam's dismay. Marisol tries to figure out a way to spend more time at the Powell house.

Wiping Away the Past

Michael's ex-wife drops a bomb about Taylor's past; Adrian tries to cheer up his friend; Valentina and Genevieve try to get Remi to notice Valentina as more than a friend; Spence offers to help Rosie; Carmen gets a meeting with a music producer.

The arrival of Genvieve's brother, Henri, complicates matters for Zoila, whose heart he broke years before. Rosie vows to help Spence with his marriage. Tensions between Carmen and Odessa are at an all-time high when Alejandro allows Carmen to be a guest at the party he's hosting while Odessa works in her place. Marisol offers to work a fundraiser at the Powell house in order to uncover more information about Flora's murder.

Taking Out the Trash

A visitor from Carmen's past appears at Alejandro's house; Valentina tries to control her emotions; new information about Flora comes to light; Peri thinks Spence is having an affair; Evelyn and Adrian celebrate an important birthday.

Zoila's job is jeopardized when Genevieve has financial troubles; Marisol makes a discovery at the Powell house; Carmen is jealous when Sam starts dating; Valentina worries about Remi's erratic behavior.

Marisol is at risk of blowing her cover when an ex-student recognizes her in front of Rosie. Valentina discovers the cause of Remi's mood swings and reluctantly turns to Zoila for help. Carmen and Sam have some disagreements about their relationship.

Genevieve lies to her new boyfriend about her age, much to Zoila's dismay. Rosie begins working at the Powells. Carmen learns Odessa is hiding something. Marisol goes with Taylor to a fertility clinic.

Evelyn blackmails Rosie so she can spend more time with baby Tucker. Zoila is upset when Genevieve presents her with an interesting proposition for Valentina. Marisol discovers some new information about Flora and grows suspicious of Michael. Carmen is troubled by Alejandro's reaction to Odessa's illness.

Valentina worries Remi will hate her when he returns from rehab. Rosie wants Spence to defend her honor after Adrian propositions her. Marisol learns her son was caught up in nefarious activities. Carmen has trouble going through with a favor for Alejandro. Taylor and Michael have exciting news.

Cleaning Out the Closet

Alejandro and Carmen offer different opinions about his new relationship; Marisol gets closer to the truth; Rosie cleans up a serious mess for Peri; Philippe and Genvieve grow closer, but Zoila doesn't believe that he's changed his philandering ways.

Marisol puts herself in harm's way as she digs deeper into Flora's murder. Peri goes through great lengths to get Rosie to forgive her. Carmen rekindles her relationship with Sam after seeing how lonely Alejandro is, despite his fame. Zoila continues to disapprove of Genevieve and Phillipe's relationship. Remi makes a major decision, putting Valentina in a difficult position.

The mystery surrounding Flora's death comes to a head.

Marisol finds a new love; Peri tries to keep Rosie and Spence apart; Zoila discovers that Valentina is back from Africa; Carmen and Alejandro settle in to their fake relationship; Odessa reaches her limit; Adrian and Evelyn hire a bodyguard.

The Dark at the Top of the Stairs

Carmen feels threatened by someone from Alejandro's past; Zoila intervenes with Valentina's job while ignoring problems with her husband; Rosie starts a new job; Marisol tries to make peace with Opal; Peri threatens Spence.

Marisol discovers shocking news about Nicholas and Opal; Rosie takes Kenneth to a specialist; Carmen prepares for a performance in front of industry bigwigs; Genevieve invites Zoila to a luncheon; Evelyn grows wary of Adrian's behavior.

Crimes of the Heart

Marisol is suspicious of Nicholas; Genevieve encourages Zoila to take a date to a family event; Evelyn concocts a plan to drive Adrian out of the house; Carmen's new job creates a conflict; Valentina and Ethan grow closer.

Nicholas is jealous of Marisol's friendship with her book editor; Lucinda crosses the line with Rosie; a visitor creates problems for Carmen; Tony makes a decision.

Marisol convinces Nicholas to get rid of Opal; Reggie grows jealous when he learns of Rosie's history with Spence; Carmen tries to let Ty down easy; Zoila gets closer to Javier; Adrian is suspicious of the relationship between Evelyn and Tony.

Nicholas asks Marisol a surprising question; Opal asks Ethan for help; Genevieve invites Zoila and Javier over for dinner; Evelyn and Adrian try to outsmart each other; Ty misbehaves; Lucinda and Rosie argue.

Reggie moves forward with his plans; Genevieve is surprised when her estranged mother arrives; Marisol deals with a new hire at the Deering mansion; Ty's obsession with Carmen takes a violent turn; Adrian grows suspicious of Tony.

Nicholas reveals a shocking secret while in a pill-induced haze. Rosie wants to save Kenneth. Zoila forces Genevieve to face her mother. Valentina asks Remi to help Ethan. Spence gets some bad news.

You Can't Take It With You

Marisol confronts Opal about Nicholas' accident; Zoila and Pablo work together to help Valentina; Rosie continues to investigate Reggie; Spence's drinking begins to have an impact on his job; Adrian learns the truth about Tony.

When Nick refuses to divulge his secret past, Marisol sets off on a quest to find out the truth. Zoila struggles with her feelings for Javier and Pablo. Carmen must play babysitter to Spence's son. Rosie recruits Lucinda and Didi to work together to rescue Kenneth and put a stop to Reggie's financial thievery. Valentina tells the police what she knows about Ethan and his crew.

Look Back in Anger

When Nick finally admits his secret to Marisol, she convinces him to make things right with all those involved. Carmen meets a handsome stranger who offers to help her with her music career. As Zoila waivers between Pablo and Javier, she gets some shocking news. Valentina is offered the opportunity of a lifetime. Spence and Rosie decide to tie the knot.

Lives are changed forever following the shooting at Rosie and Spence's wedding. A familiar couple returns to Beverly Hills with their new, mysterious daughter.

From Here to Eternity

Zoila and Valentina face a serious decision about their future. Meanwhile, Marisol begins a new business venture, and Carmen insists on being her first client. Blanca struggles with her new employer and discovers a disturbing secret. An unexpected visitor arrives in Beverly Hills.

Zoila and Javier prepare to get married, but Genevieve insists that Zoila listens to her advice. Meanwhile, Spence goes behind Rosie's back to protect her, Marisol debates hiring for a picky client, Carmen begins a new job, and Blanca suspects her new employer is hiding a lot more than she thought.

Since You Went Away

Rosie adjusts to having Ernesto back in her life. Genevieve makes a heartfelt offer to Zoila. Jesse makes an unexpected discovery and seeks out Marisol to help. Carmen finds a clever way to make Sebastien jealous. Michael becomes suspicious of Taylor.

The Talk of the Town

Zoila discovers a secret from Genevieve's past. Rosie struggles with having both Ernesto and Spence in her life. Marisol tries to fight her attraction to Jesse. Carmen is outsmarted by Adrian. Taylor reaches her breaking point.

She Done Him Wrong

Carmen unwillingly helps Adrian with his hobby which has dangerous consequences. Marisol worries over her relationship with Jesse. Zoila struggles with her feelings about having a new baby, while dealing with the arrival of her younger sister. Rosie continues to battle with her love for both of her husbands and makes a drastic decision. Evelyn discovers a new desire within herself.

Marisol struggles with Jesse being both her boyfriend and her employee. Zoila concocts a scheme to get her annoying sister to end her visit. Evelyn pursues her dream of adopting a child. Carmen’s singing career finally gains traction. Rosie is suspicious of the Stappord’s story about Katy.

Carmen gets creative when her new boss invites her on a double date. Zoila gets in the middle of Genevieve and her new boyfriend. Marisol discovers a new side of Jesse. Rosie and Ernesto disagree about her working at the Stappord home. Taylor struggles to deal with the aftermath of the police's latest discovery.

Evelyn surprises Adrian upon his return from the hospital. Sebastien encourages Carmen to forge a relationship with Jacklyn. Zoila is shocked to discover a secret that Genevieve has been keeping from her. Marisol learns some surprising information about Jesse's past acquaintances. Rosie turns to Spence for help parenting Miguel.

Marisol questions the return of a familiar face to the neighborhood. Carmen's lies begin to catch up to her. Zoila tries to prove she is a better maid than Joy. Rosie's suspicions about Taylor lead her to a shocking discovery. Evelyn goes to extremes to keep Deion.

Rosie makes a big decision after Spence starts asking questions about Ernesto's behavior. Zoila learns a disturbing truth about Dr. Neff and tries to warn Genevieve. Jesse clashes with Marisol over her suspicions about Olivia. Evelyn puts Carmen in charge of disciplining her foster son.

Marisol believes Taylor is hiding something about the murders. Ernesto sets a plan into motion that could have dangerous consequences for Rosie. Zoila struggles to adapt to a big change in her job. Adrian's past actions come back to threaten his happy family.

Anatomy of a Murder

Season 3 ends with the maids putting their own lives at risk to unmask a killer. 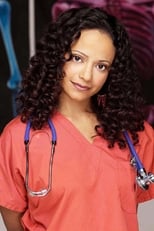