DreamWorks Dragons is an American computer-animated television series airing on Cartoon Network based on the 2010 film How to Train Your Dragon. The series serves as a bridge between the first film and its 2014 sequel. Riders of Berk follows Hiccup as he tries to keep balance within the new cohabitation of Dragons and Vikings. Alongside keeping up with Berk's newest installment — A Dragon Training Academy — Hiccup, Toothless, and the rest of the Viking Teens are put to the test when they are faced with new worlds harsher than Berk, new dragons that can't all be trained, and new enemies who are looking for every reason to destroy the harmony between Vikings and Dragons all together.

How to Start a Dragon Academy

Dragons are still dragons, and as a result, they are causing mayhem in the Isle of Berk. Stoick is reconsidering allowing the dragons to roam freely on Berk. It is up to Hiccup and his friends to convince Stoick otherwise.

The peace with the dragons has put Gobber out of business, since his job was making weapons to fight dragons. Stoick asks Hiccup to help find a new job for him ... but unfortunately a change of profession does not seem to go well with Gobber.

The dragons unintentionally reduce Berk's food productivity by still scaring the living daylights out of the local livestock, and with the first winter storm coming, the dragon-riding Viking youths of Berk must try and familiarize the local animals with their Dragon companions.

Hiccup finds an injured baby dragon. Toothless does not warm up to the energetic newcomer and the baby's angry mother arrives looking for her lost son.

In Dragons We Trust

The Dragons are blamed for vandalism, and Hiccup tries to prove their innocence by forming a night patrol called the "Dragon United Monitoring Brigade" (DUMB), but not in time to prevent the dragons' banishment from the island. Hiccup begins to suspect that Mildew is responsible for the scapegoat.

Alvin and the Outcasts

Hiccup had discovered Mildew framed the dragons but has destroyed all evidence of it, therefore he must prove of their innocence in order to get them back. Meanwhile, Alvin the Treacherous of the Outcast Tribe are on the mission to raid the Isle of Berk in order to find and capture the "Dragon Conqueror".

How to Pick Your Dragon

Stoick is in need of learning how to ride a dragon, and he quickly insists on riding Toothless all the time. Meanwhile, a mysterious dragon has been attacking fishing ships.

Portrait of Hiccup as a Buff Young Man

After getting his picture painted with his father, Hiccup begins to fear that he is not Stoick's ideal son, so to prove himself, he and his friends set out on a treasure hunt that even Stoick had not been able to complete.

After Mildew poisons all the dragons on the island, he is forced to help Hiccup, Stoick, and Gobber find and capture the ferocious Scauldron in order to get the antidote.

The teens of Berk find a mysterious girl named Heather on Thor's Beach. While Hiccup and the other teens openly welcome the newcomer, Astrid's jealousy turns to suspicion when she notices Heather is taking an unusual interest in the Book of Dragons.

Heather's betrayal to Berk caused the Book of Dragons to fall into Alvin the Treacherous' hands, and Heather's imprisonment on Berk. In order to get the book back from Alvin, Astrid disguises herself as Heather and goes into Outcast Territory. Towards the end of her mission, Astrid learns and confirms Heather's true motives for helping the Outcasts.

Berk's annual festive sporting competition, the Thawfest games, is underway and all the teens are participating with the dragons for the first time in Viking history. Hiccup is determined to finally best Snotlout, who constantly gloats about being the reigning Thawfest champion, but Hiccup's successes begin to make him arrogant and boastful, much to Astrid's displeasure and disappointment.

Sudden lightning storms are endangering the residents of Berk and it is believed Thor is angry at the island. Mildew leads the superstitious villagers into blaming Toothless, "the unholy offspring of lightning and death itself", for the lightning, leaving Hiccup to find the true answers for Thor's sudden destructive anger.

A rogue dragon – a Whispering Death – shows up in Berk, tearing up the village. He's on a mission to find Toothless and settle a score. Despite Hiccup's efforts to help, Toothless insists on facing the dragon alone. But unlike their past battle, Toothless's inability to fly my prove to be his undoing.

Dagur the Deranged visits Berk to renew a peace treaty between the Berserkers and Berk, and the dragons are put into hiding to dispel rumours that Berk is training a dragon army. But when Ruffnut and Tuffnut begin to fight, their dragon, Barf and Belch, is left out of control. The Viking youths must bring the twins back together to control their dragon and avoid provoking Dagur to war.

Caught in a waterspout, Toothless' prosthetic tail is damaged, rendering him unable to fly and thus leaving him, Hiccup and Snotlout stranded on Outcast Island. The three must work together to repair the damage, overcome the rivalry between Hiccup and Snotlout and return home to Berk before they are captured by Alvin and the Outcasts.

When Hiccup discovers Trader Johann's ship was shipwrecked in a rumored haunted bog with a gift made for him by his mother, he will stop at nothing to retrieve it.

Gem of a Different Color

When Snotlout and the villagers mistake dragon eggs for gems that bring good fortune, Fishlegs, who is responsible for the eggs' discovery, must take a stand against Snotlout and reunite the eggs with their Changewing mothers before they destroy Berk.

During Berk's annual Bork week celebrations, Hiccup is granted access to Bork the Bold's private and personal archives. When he finds information and a map about an island inhabited by Night Furies within Bork's notes, Hiccup is determined to bring Toothless to his family.

Mildew has betrayed the Vikings of Berk and allowed Alvin the Treacherous to kidnap Hiccup and Toothless. Astrid and Stoick must rescue them from Outcast Island along with help from a new friend.

Certain that Alvin is planning an attack on Berk, Stoick institutes flight restrictions on the dragon academy. Hiccup, certain that Alvin will be using his newfound dragon-training knowledge to bolster his attack, forms a secret “Dragon Flight Club” in order to train the kids to defend Berk against Alvin’s dragon army.

When Meatlug accidentally ingests magnetic rocks, she becomes magnetic herself - causing destruction through the town, but ultimately helping the kids win a battle against the Outcasts.

The Night and the Fury

The kids go on a dragon survival-training mission to Dragon Island, where they encounter Dagur, the Berserker Chief, who has become obsessed with hunting the Night Fury.

Hiccup discovers that the town's water shortage has been caused by the Outcasts' plan to hide Whispering Death eggs under Berk, which soon hatch and tunnel underthe island, threatening the villagers.

Hookfang is losing his ability to catch on fire, and it's up to Snotlout, Hiccup and the others to find the lair of the Fireworm Queen, which may hold the only possible cure, before it's too late.

Hiccup must help Astrid face her fear of the terrifying Flightmare, a ghostly dragon that seemingly "froze" her uncle with fear, shaming her family name. With Fishlegs' help, they discover that there's more to the Flightmare than meets the eye

A Terrible Terror training competition leads to a heated rivalry between Fishlegs and Snotlout, allowing Alvin to kidnap Meatlug. The kids must use their newly trained Terrors to rescue their friend.

While searching for traps, Tuffnut, Barf and Belch get trapped themselves... and a forest fire is approaching.

When the dragon riders discover a frozen Skrill, a lightning-powered dragon revered by the Berserkers, they scramble to get it off Berk.

Tuffnut goes undercover to help the riders rescue a Skrill.

Snotlout becomes convinced he is dying, and leaves Hookfang to Gustav. But when he "miraculously" recovers, Snotlout takes his dragon back, and Gustav decides to get a dragon of his own and join the academy... whether they want him or not.

Hiccup and co. discover an injured Scauldron on the shores of Changewing Island. The kids must heal the dragon and return him safely to the ocean, before he falls victim to the elements, as well as the territorial Changewings.

Hiccup and Toothless return from a mission to find Berk mysteriously empty. They discover that the village has been overrun by Speed Stingers, a venomous non-flying dragon that has trekked across the frozen sea to Berk.

A Tale of Two Dragons

Hookfang and Stormfly quarrel while the town prepares for the harvest.

Berk has been plagued with a bad case of the Eel Pox. Hiccup, Toothless and the gang, along with Gothi, go gather the ingredients for the cure. There's just one problem; the final ingredient is an eel from Eel Island.

Smoke Gets in Your Eyes

The mysterious theft of metal objects all over Berk reveals the presence of marauding Smokebreaths. Hiccup and Toothless soon discover that these dragons are the work of Dagur, in a plot to render Berk defenseless.

When three adolescent Thunderdrums attack the village, only Stoick's Thornado can bring chaos to order.

Snotlout is expelled from the academy; Alvin returns to Berk to make amends. 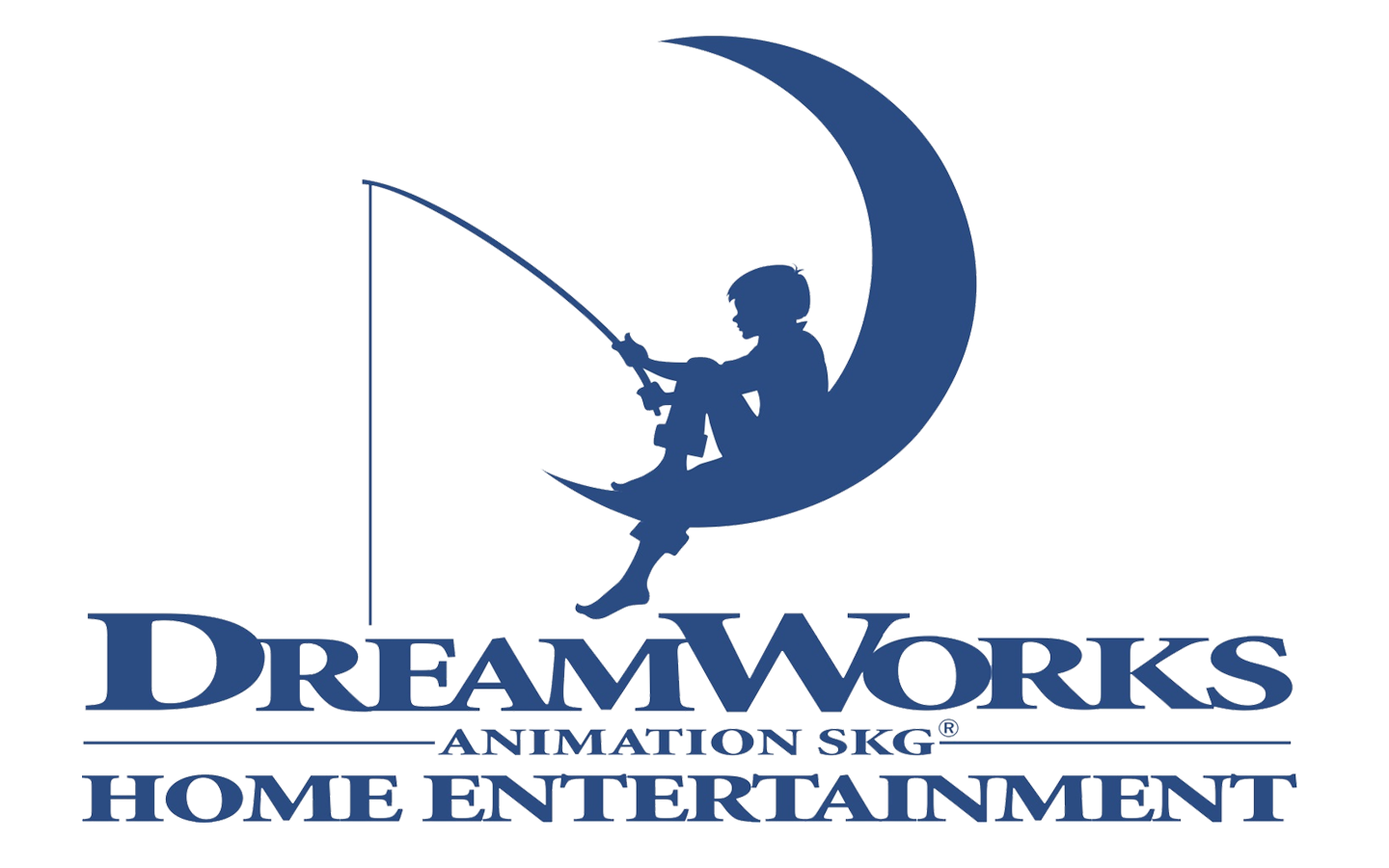