When heroes alone are not enough ... the world needs legends. Having seen the future, one he will desperately try to prevent from happening, time-traveling rogue Rip Hunter is tasked with assembling a disparate group of both heroes and villains to confront an unstoppable threat — one in which not only is the planet at stake, but all of time itself. Can this ragtag team defeat an immortal threat unlike anything they have ever known?

Time Master Rip Hunter puts together his diverse team to fight immortal villain Vandal Savage who is on the verge of destroying humanity in 2166.

The team battles Vandal Savage, and Atom's suit falls off and lands in the wrong hands. Stein realizes the best way to retrieve it is by contacting his younger self. Snart and Rory plan to steal a key element in defeating Savage. Carter helps Kendra remember something vital.

Rip decides to weaken Vandal Savage by going after his financial assets. Rip and Sara infiltrate Savage’s bank, but are discovered by his men. Snart and Rory talk Jax into taking the jump ship back to Central City so they can steal a valuable emerald.

Nuclear scientists mysteriously disappear when Vandal Savage retreats behind the Iron Curtain in the early 1980s. The team follows Vandal's trail in an effort to find his next target, while Ray bonds with a beautiful Soviet scientist. Stein pushes Jax to be better, which frustrates Jax and ultimately threatens the Firestorm matrix. Rip asks Sara to train Kendra.

After some of the Legends are captured and thrown into a Russian gulag during the height of the Cold War of 1986, Snart leads the team in an elaborate escape plan to free their comrades. However, Rip gives Sara a secret side mission that could prove not only to be a liability, but fatal to the team.

When a malfunction sends the Waverider crashing into 2046 Star City, our heroes face a startling version of their own future where they never stop Savage and never return home. The city is in ruins and overrun by criminals, which thrills Rory. Sara is despondent over the destruction of her home and stunned when she learns what happened to her old friend, Oliver Queen.

After receiving a distress call from another timeship stranded in space, Rip decides to answer the call in order to use the other ship’s computer to track Savage. The team is suspicious and warns him this could be a trap but he moves forward with his plan. Ultimately, the team was right and they have to battle time pirates. With most of the team captured, it is up to Professor Stein to rescue them all.

Night of The Hawk

The team tracks Savage to a small town in Oregon during the 1950s. Upon arrival, they discover there have been a recent string of murders and they suspect Savage is involved. Professor Stein and Sara go undercover at a psychiatric hospital, where Savage is working as a doctor, to find out his plan. While there, Sara meets a nurse named Lindsay and sparks fly. Meanwhile, Ray and Kendra pretend to be a married couple to gain the neighborhood’s trust, but an interracial couple in the ‘50s isn’t something that goes unnoticed. Soon, Savage is at their door.

Ray, Sara and Kendra are shocked after they watch the Waverider fly off without them, leaving them stranded in the ‘50s. After waiting months for their teammates to come back, the three realize they must move on with their lives. Ray and Kendra bond as a couple but Sara decides to return to the League of Assassins and Ra’s al Ghul.

Rip tells the team they are headed to the future to take out a powerful ally that Savage needs in order to conquer the world. However, when Rip reveals the ally is a 14 year-old boy who will one day grow into an evil dictator, the team is split about the morality of killing a child, even if it does save the world. Meanwhile, Sara talks Snart through a rough patch and Ray learns something that could impact his future with Kendra.

The Legends travel back to the Old Wild West and gain the aid of a true legend, a morally ambiguous gunslinger with a penchant for danger, Jonah Hex, who has been battling outlaws and gangs and happens to know a thing or two about time travel. Hex warns the Legends to be extra careful in their journey to the small town of Salvation.

The team is targeted by The Pilgrim, a deadly assassin who wants to erase the Legends from the timeline by killing their younger, non-superhero selves. As a protective countermeasure, Rip decides Sara, Snart, Rory, Professor Stein and Jax need to kidnap their past selves first before The Pilgrim gets to them. Coming face-to-face with the younger versions of themselves proves to be both a physical and emotional challenge for certain members of the team who would rather forget their past. Rip tells them he has a refuge for their precious cargo – an orphanage that raises future Time Masters and where he himself grew up.

Rip takes the team to London in the year 2166, three months before his family is killed. He believes this to be their final opportunity to take out Savage who is, unfortunately, at the height of his power. However, the team discovers two key elements to defeating him – Savage’s daughter and the means to kill Savage once and for all.

After numerous attempts in many different time periods, the team has successfully captured Vandal Savage. However, Savage tells Kendra that he can reunite her with Carter so she struggles with whether she should kill him. Rip decides they will deliver Savage to the Time Masters which doesn’t sit well with Snart and Rory. The duo decides it may be time to jump ship and return to their old life. Meanwhile, Savage taunts Ray about his place in Kendra’s life.

Being in the vicinity of the Time Masters leaves Rip and Rory incredibly disturbed for very different reasons. Meanwhile, Sara takes over the Waverider, Kendra is reunited with Carter and Snart decides he might be a hero after all.

After the numerous sacrifices the team has made since the beginning of this ride, Rip decides that it’s time they each decide their own destiny and returns them to Central City a few months after they first left. Returned to their normal lives, each team member must individually decide if they are willing to sacrifice everything in order to save the world. Meanwhile, Sara visits with her father who delivers some heartbreaking news about her sister. 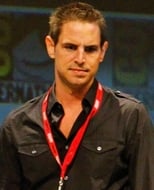